Two (+) short months ago Harrison and I had the opportunity to go see Sesame Street Live with his Aunt Krazy and cute-as-pie cousin Benson.  The tickets were a Christmas gift from their NamNam and PopPop...and came complete with passes to a pre-show meet and greet with a few of of our favorite Sesame Street friends! I was a little nervous about how H would react to the "real life" characters, and while he was somewhat hesitant, both boys did really well! 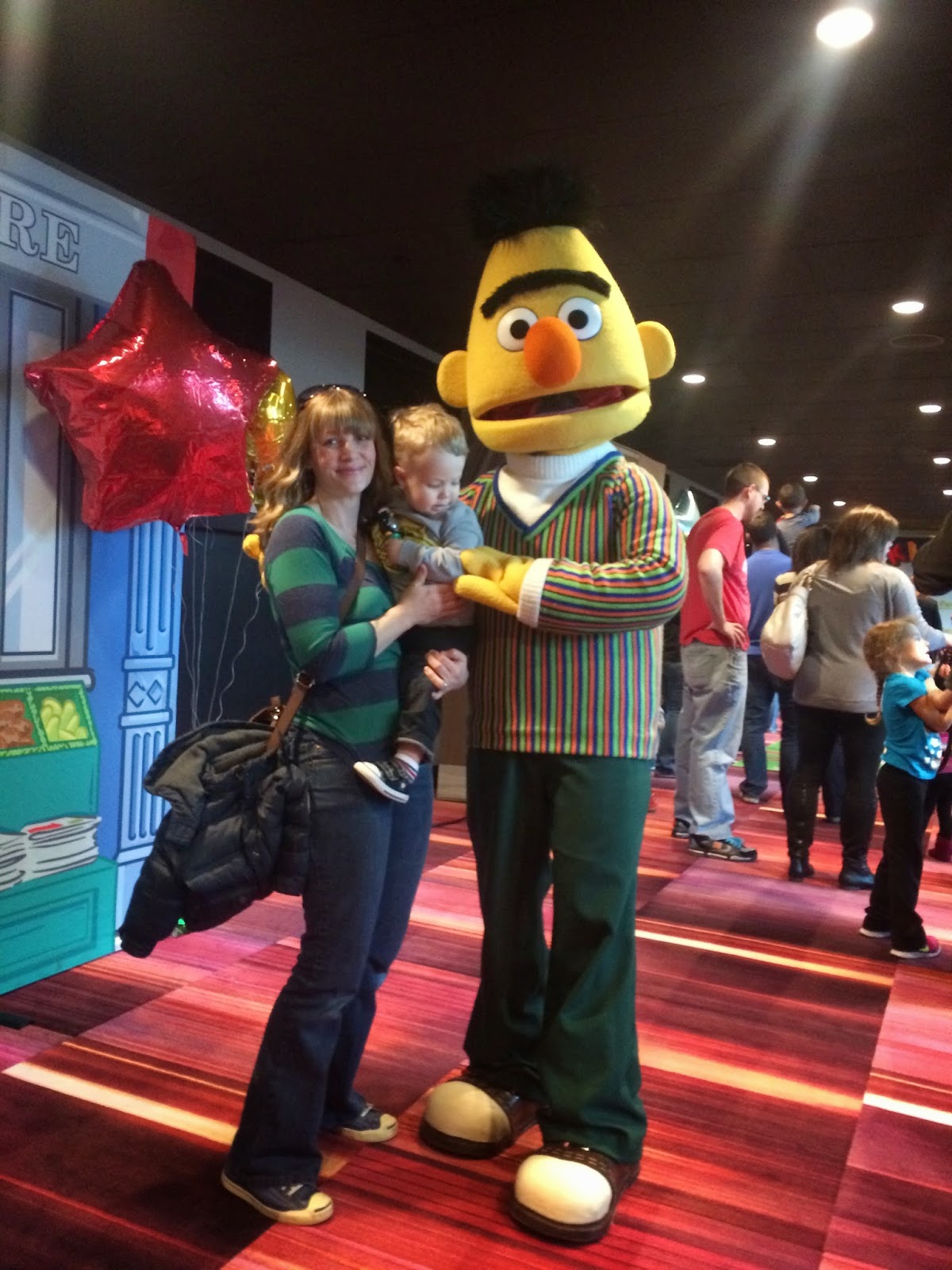 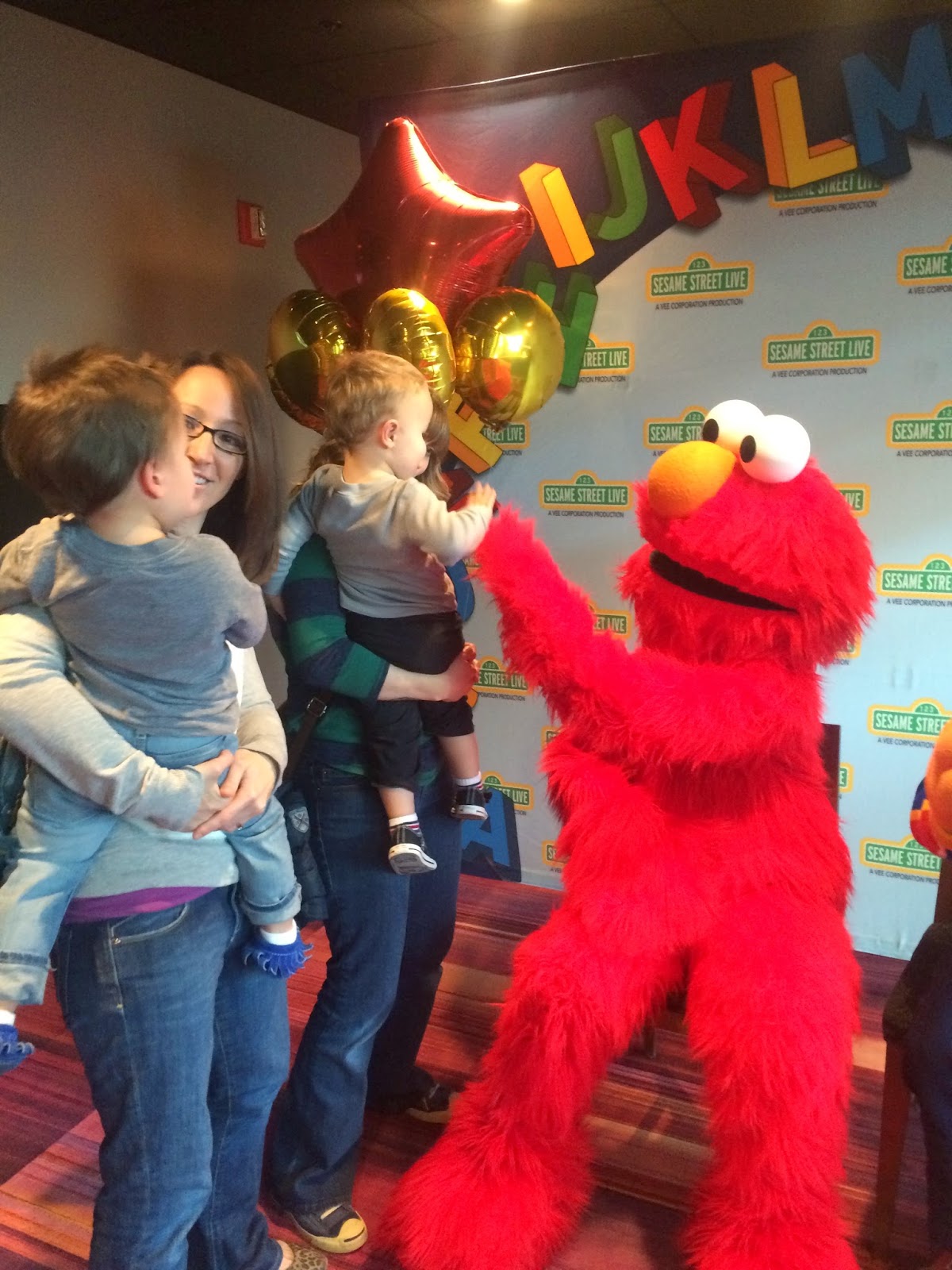 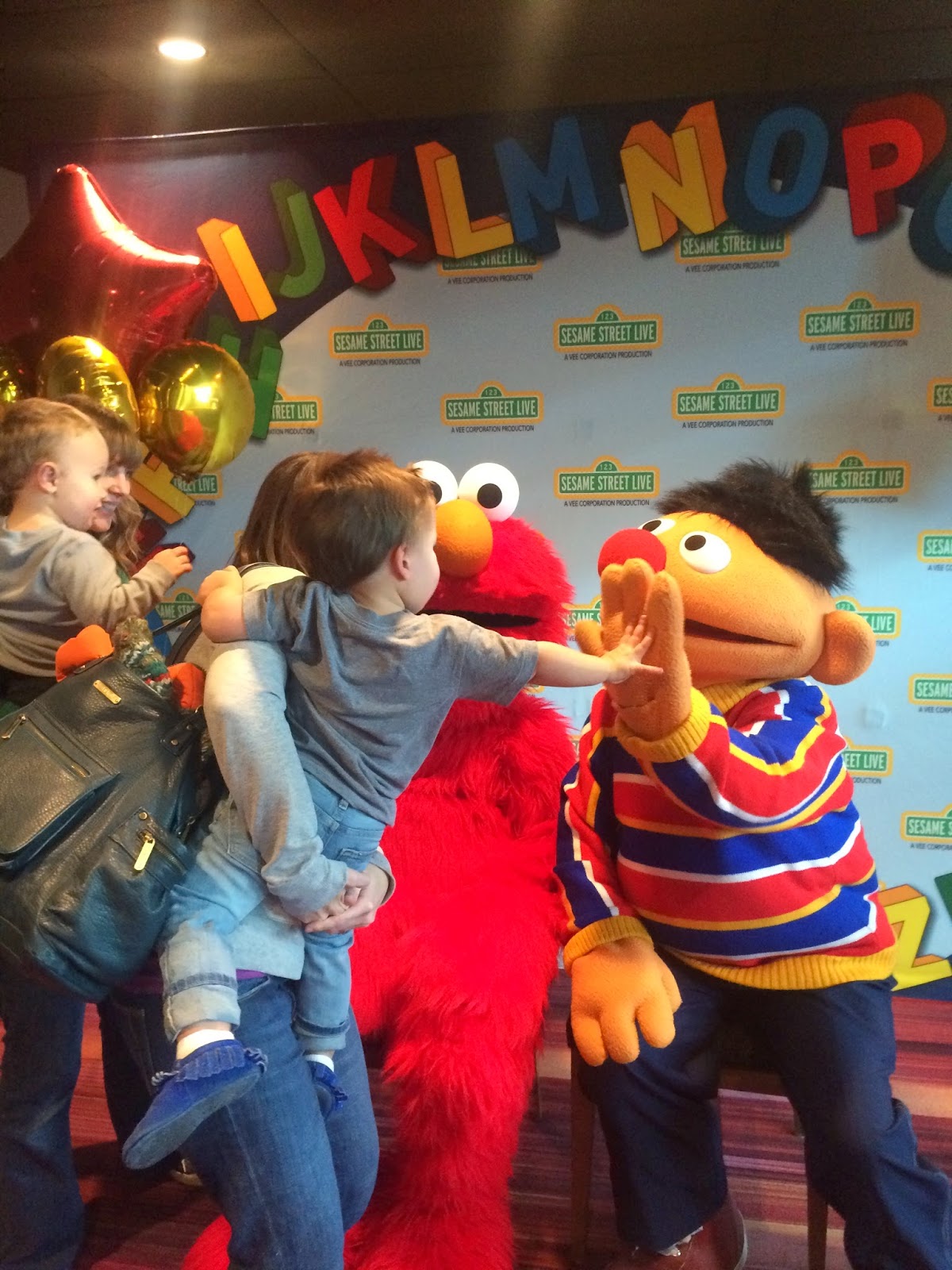 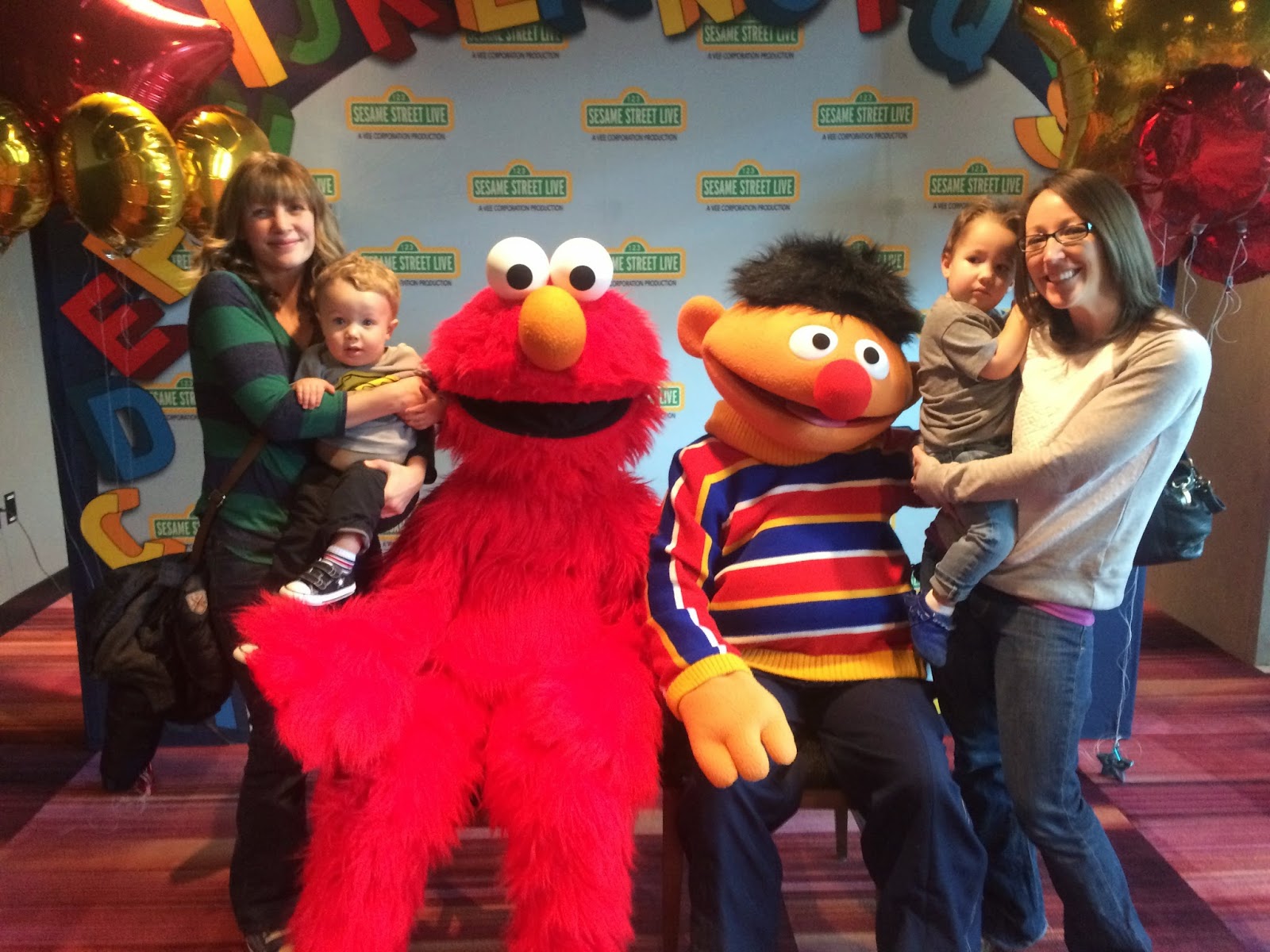 This guy was ready to move and groove! 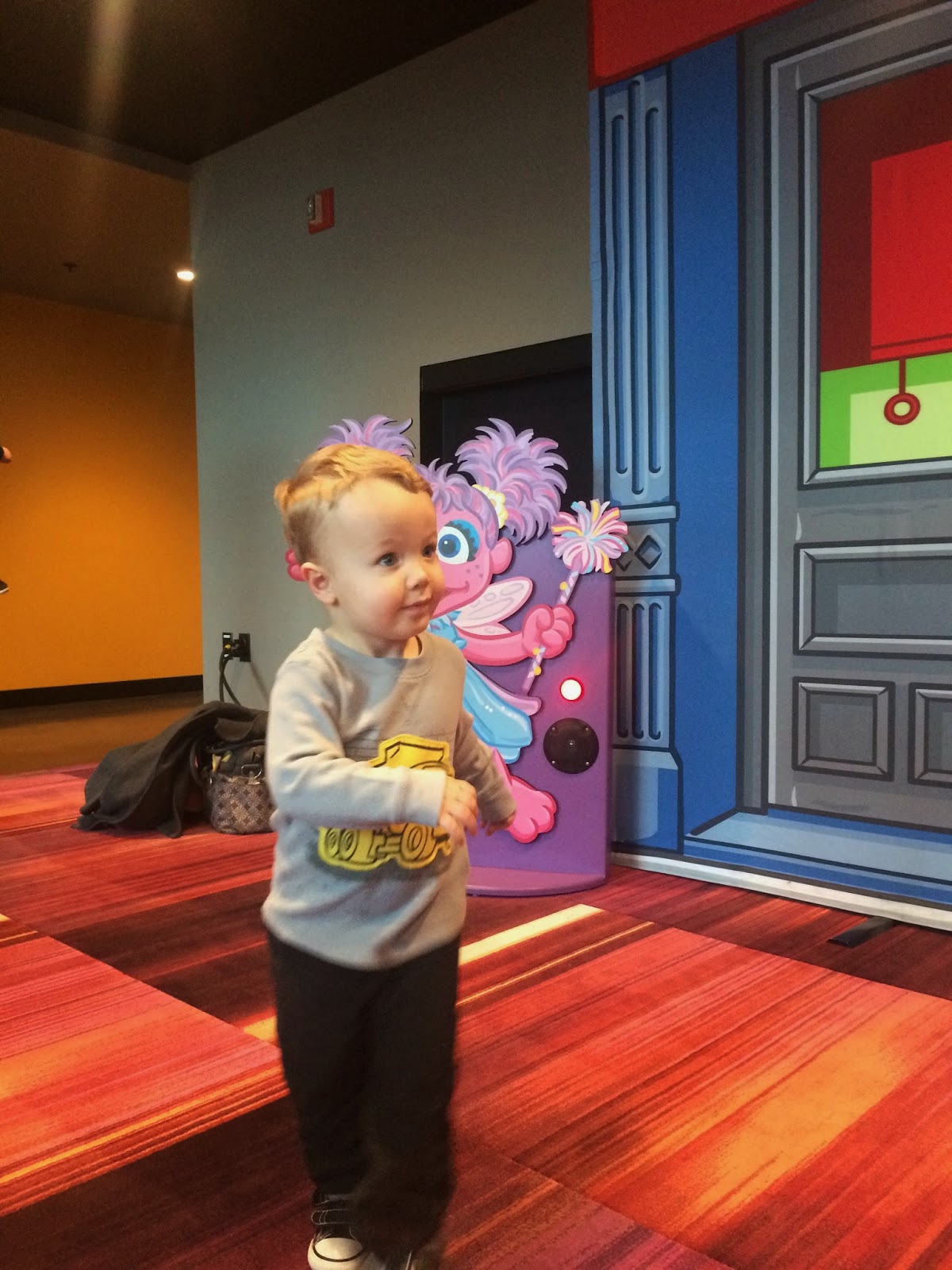 H on the other hand, was ready to get back to his mama! 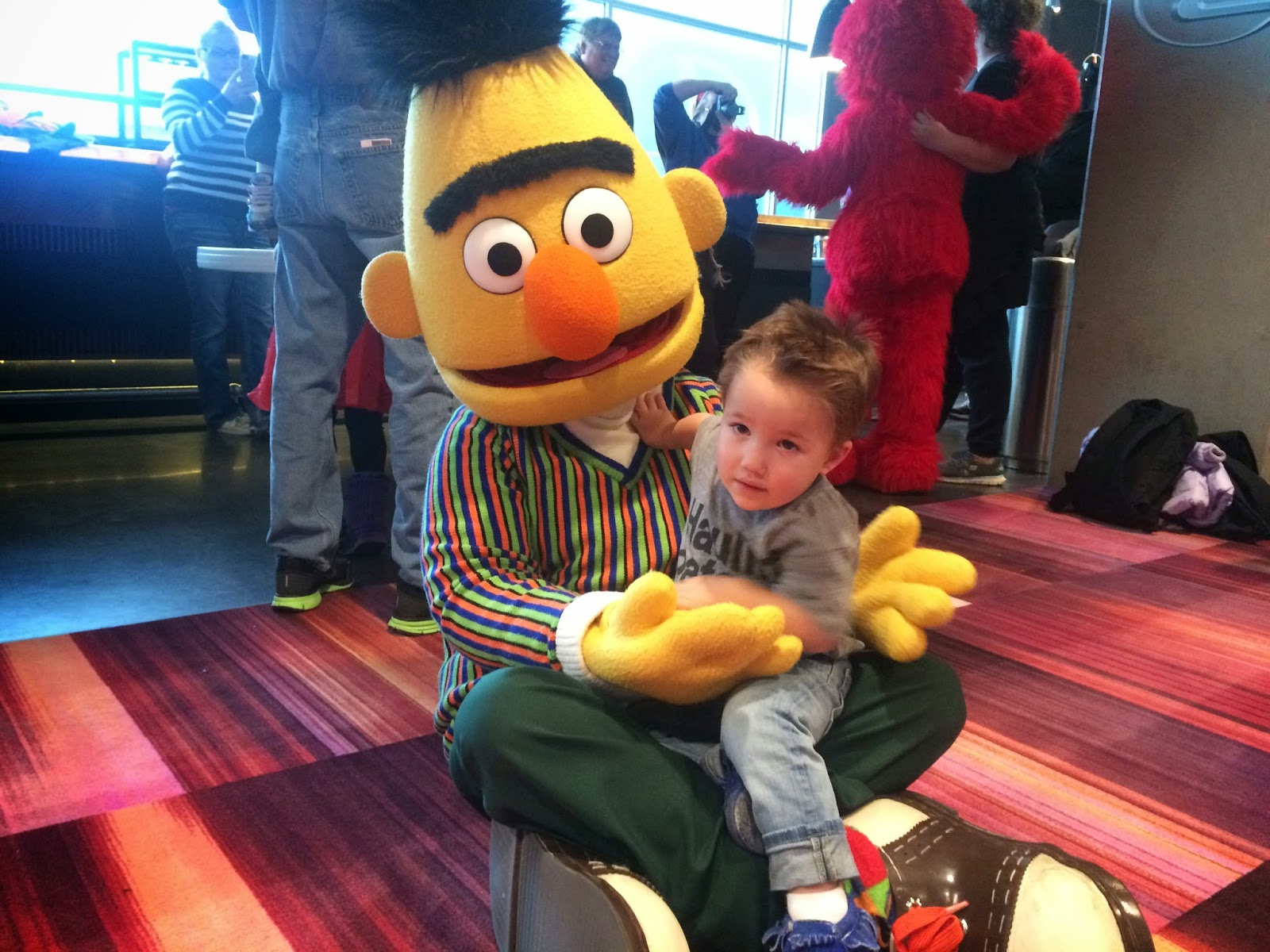 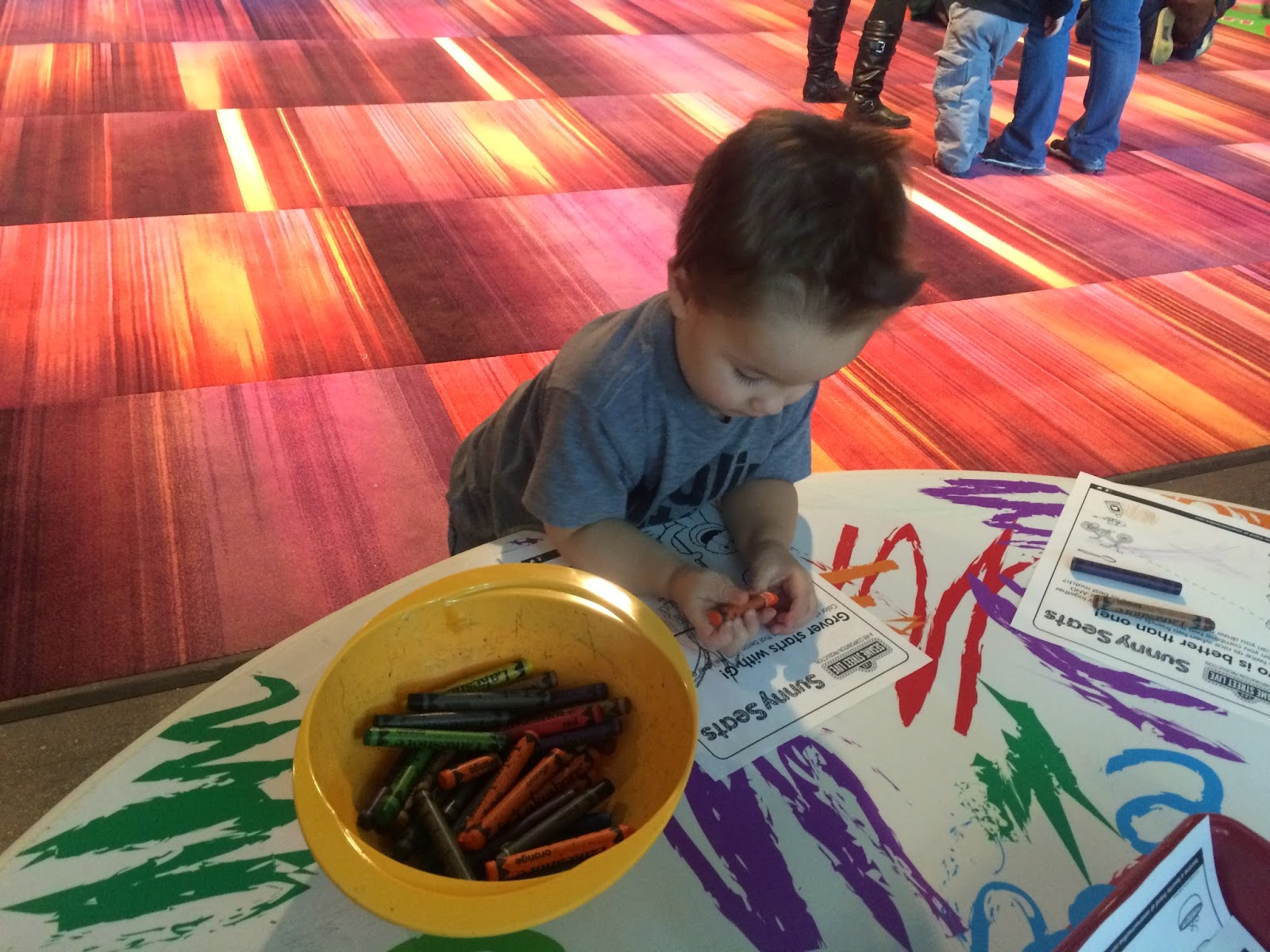 These boys absolutely melt my heart! 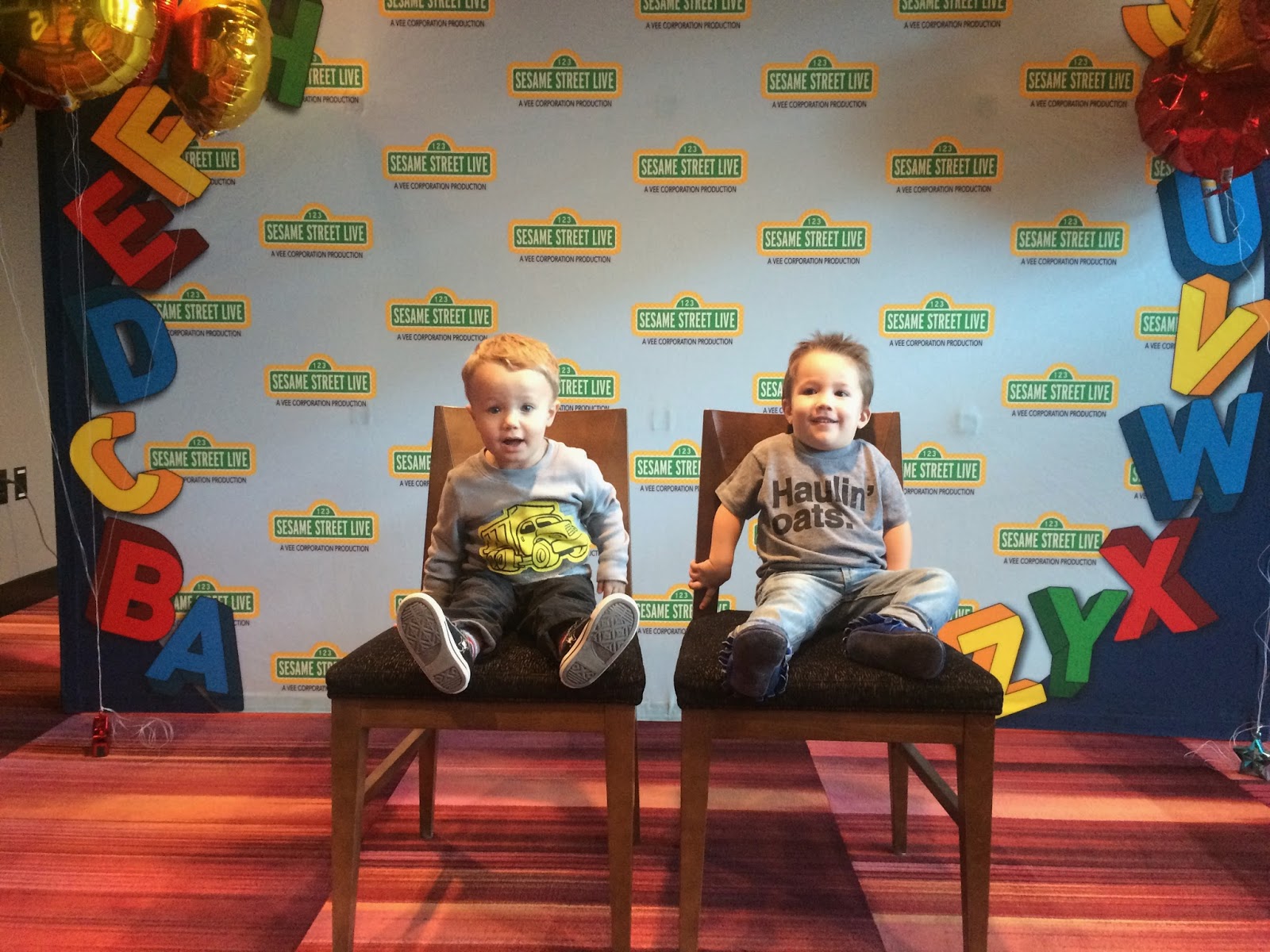 Thanks for the front row seats NamNam and PopPop! 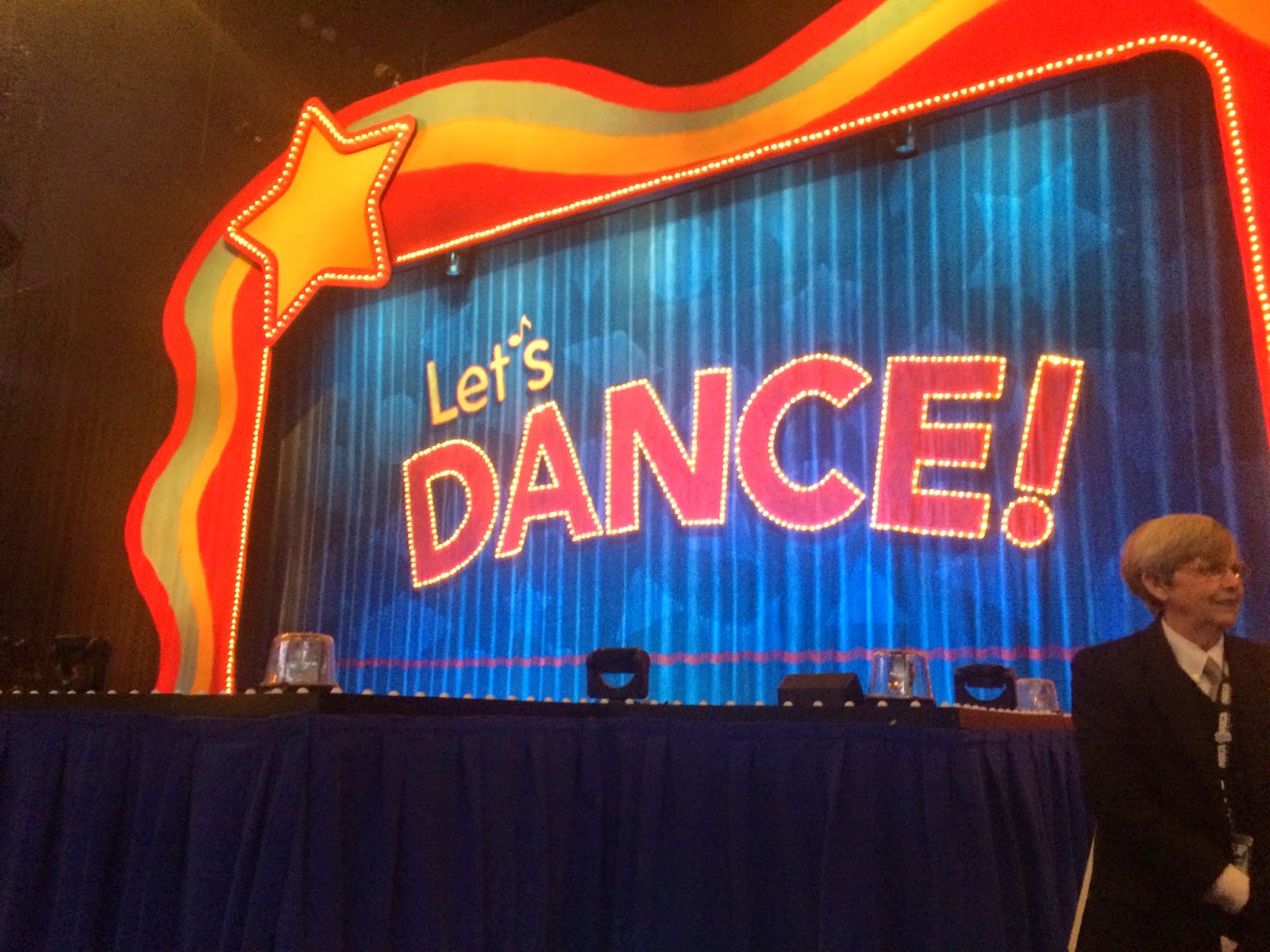 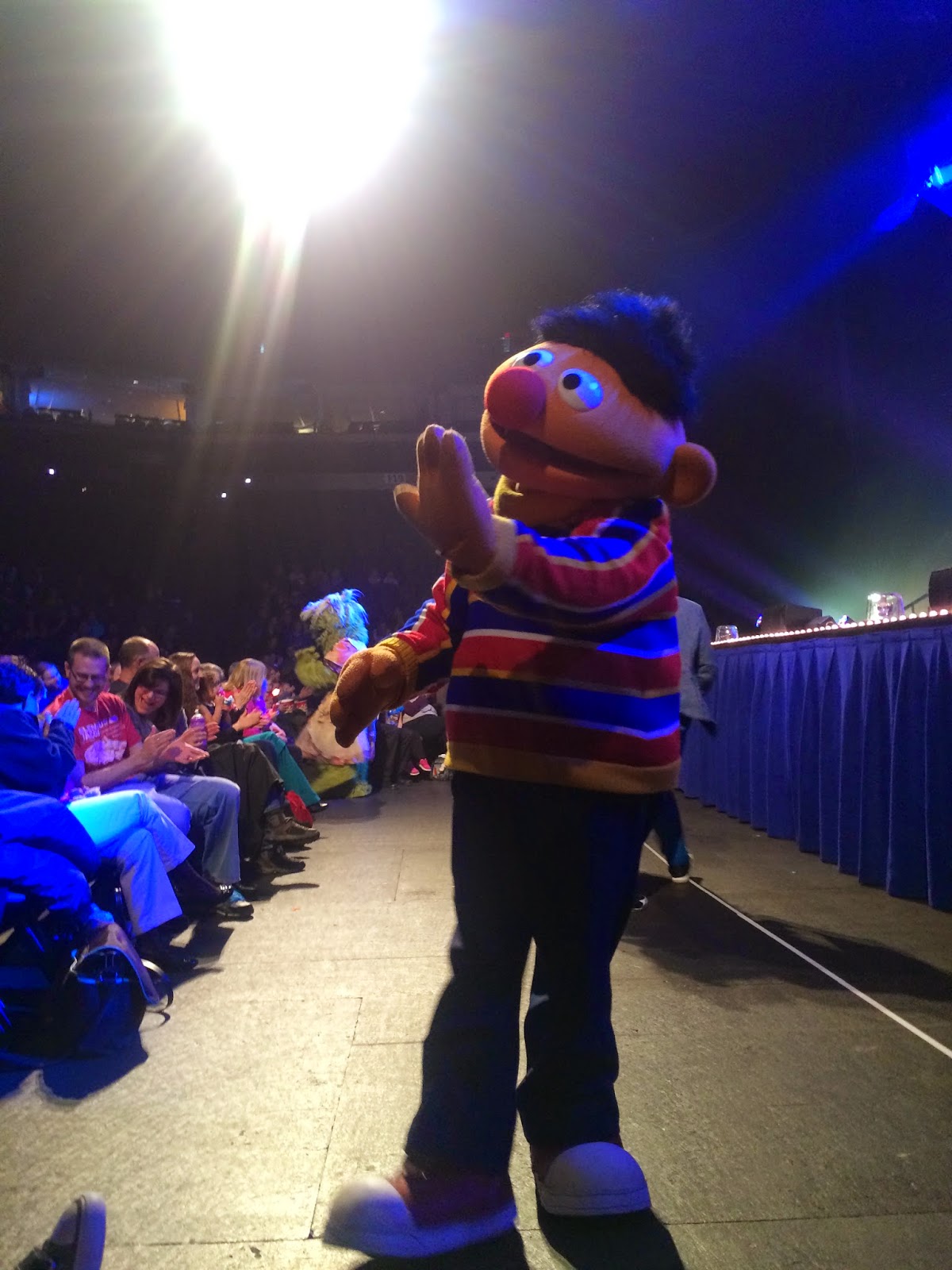 The bright flashing lights were a little overwhelming for this cool guy.  Thankfully I had his shades in my bag.  He wore them for the entire show! 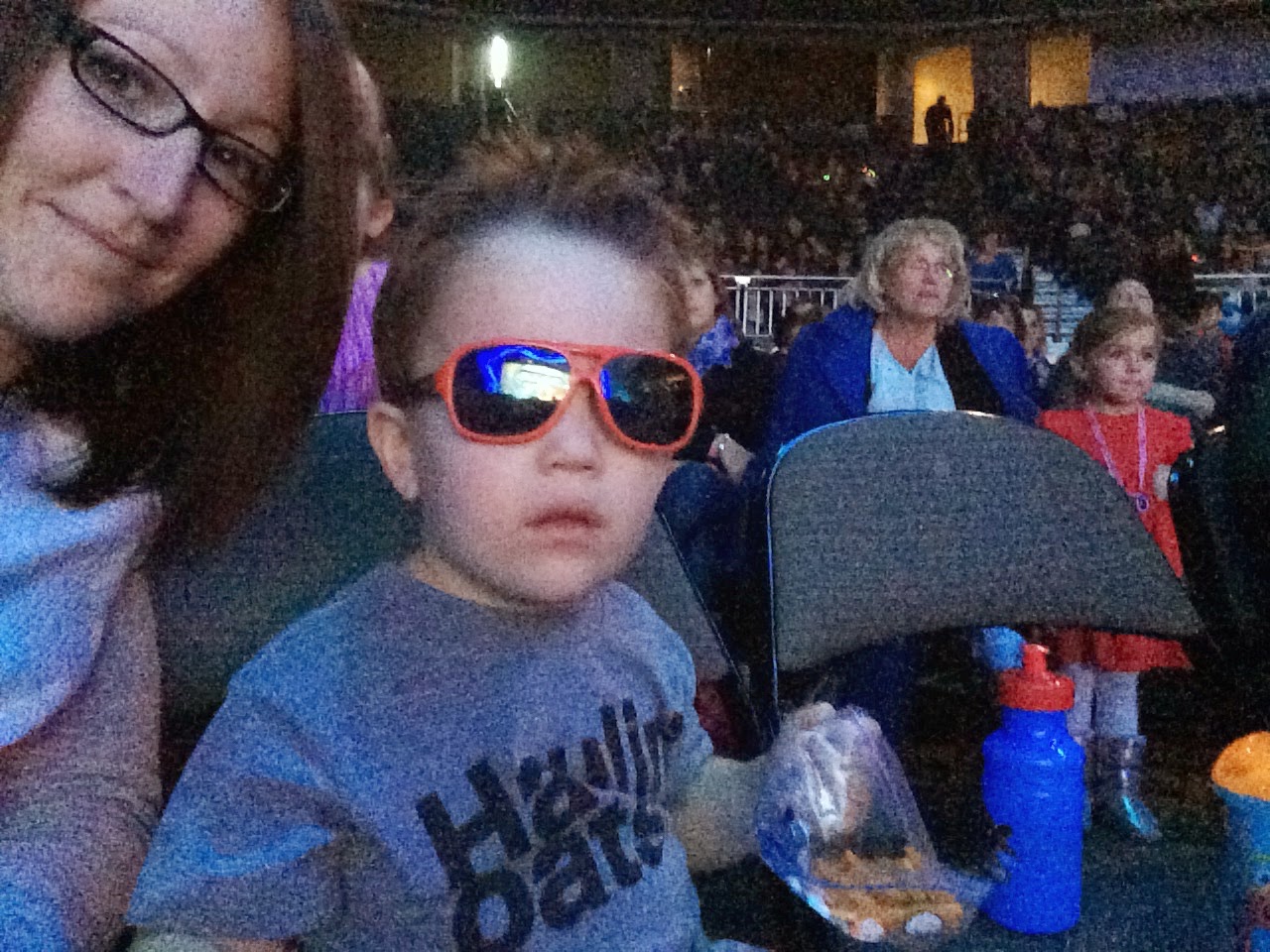 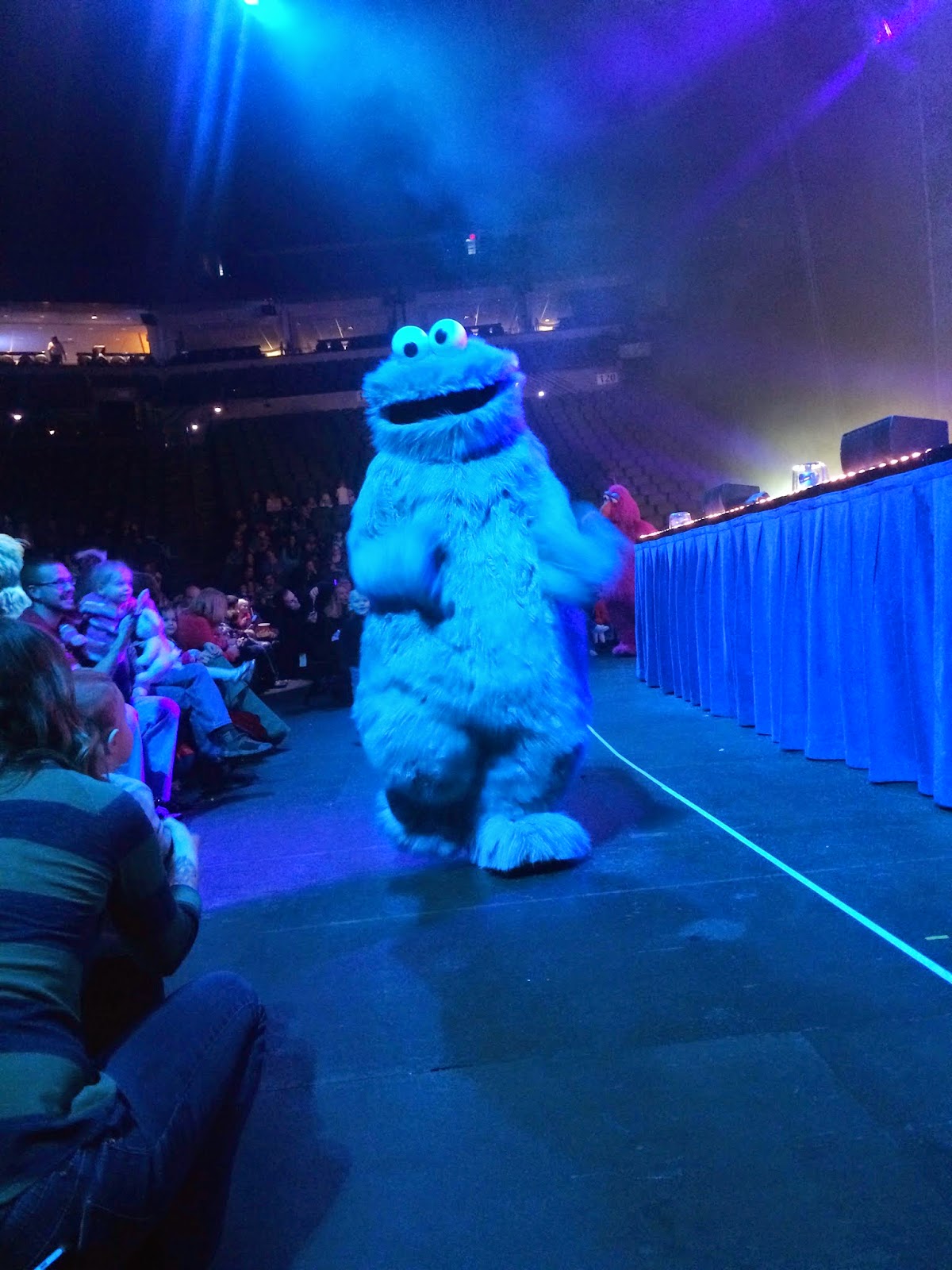 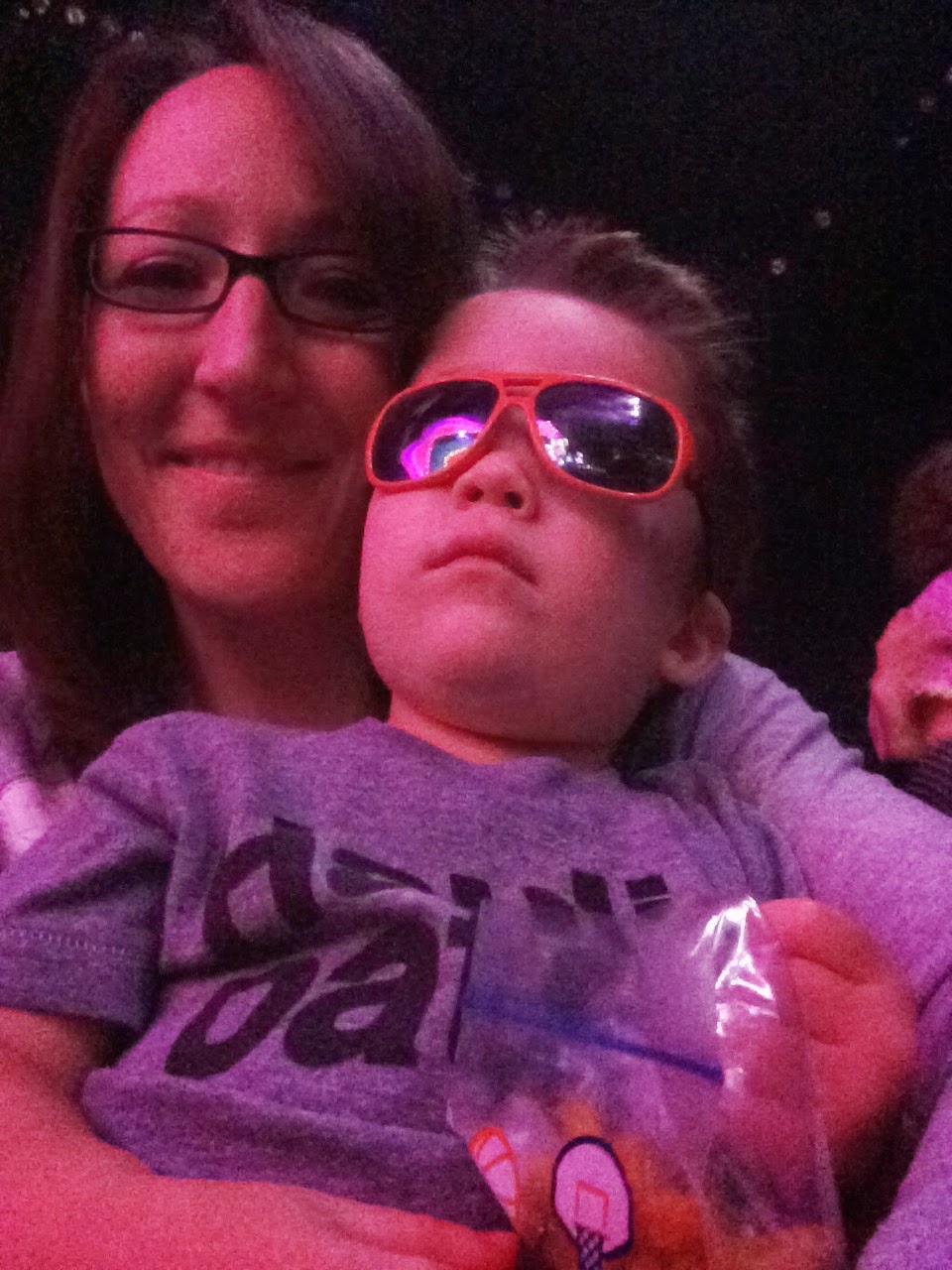 A little snack during intermission.  Such a little stud. 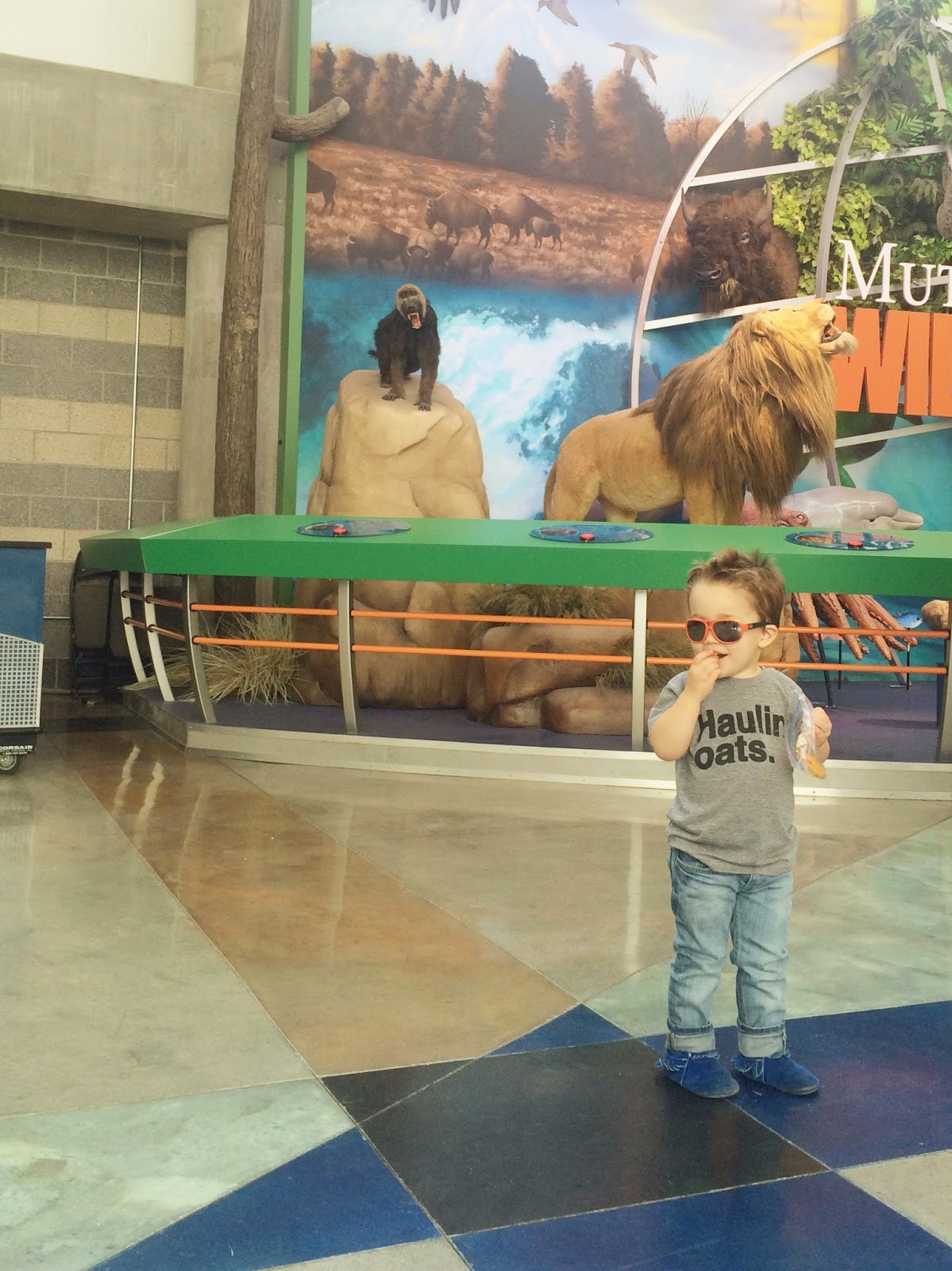 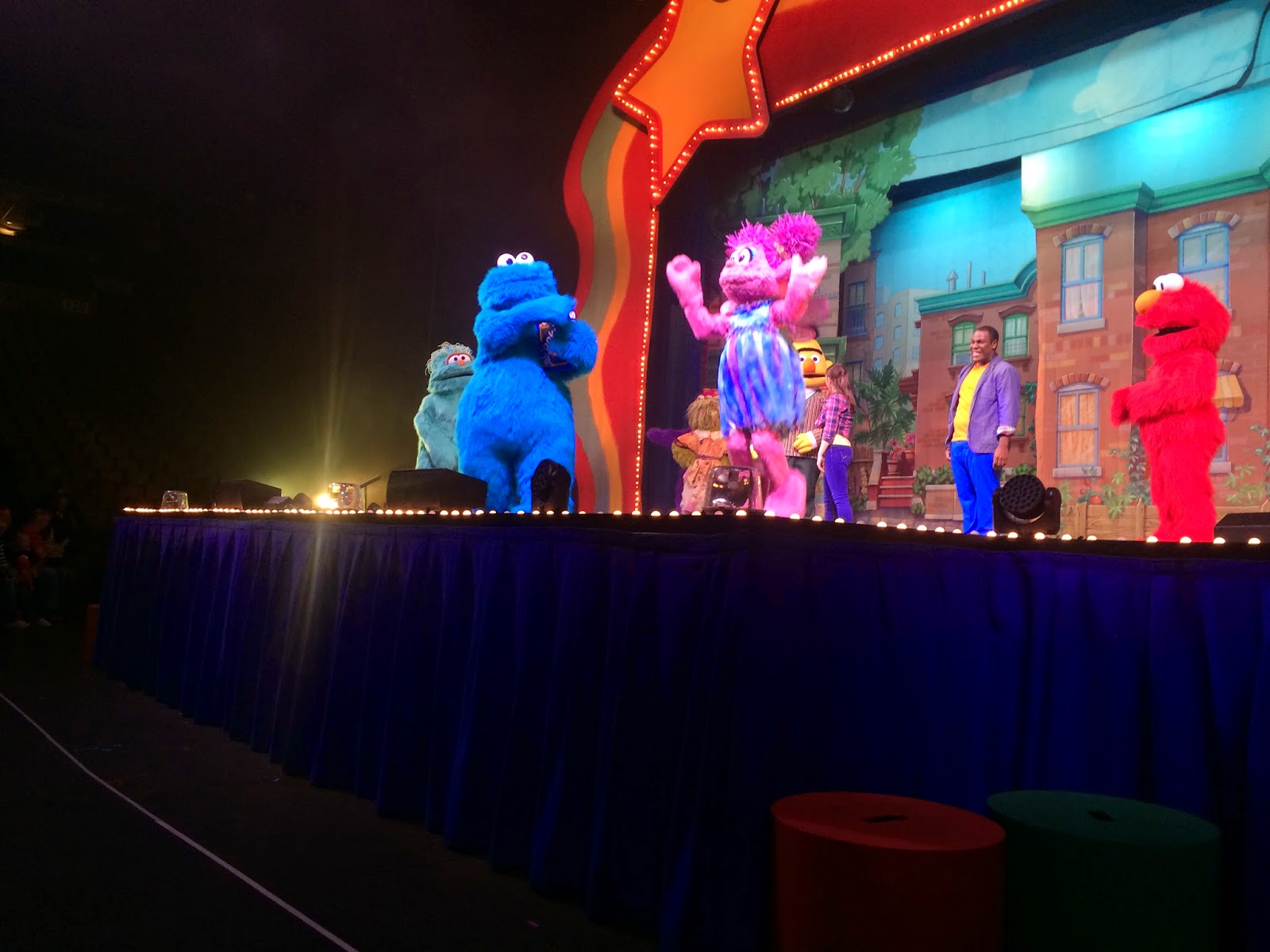 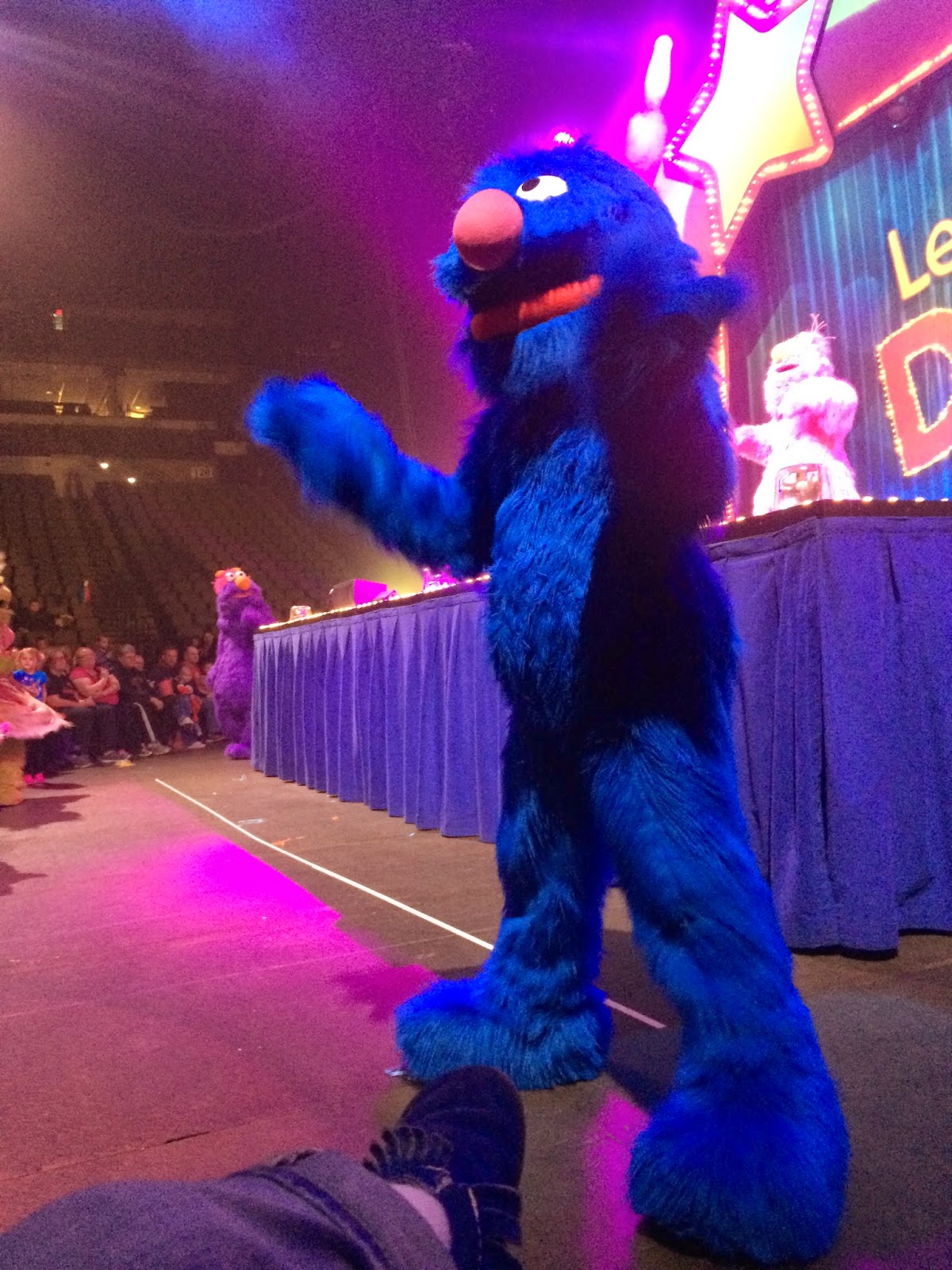 After an afternoon FULL of all song and dance, this little guy insisted that he wasn't tired.  It took about 2 minutes in the car for him to prove me wrong! 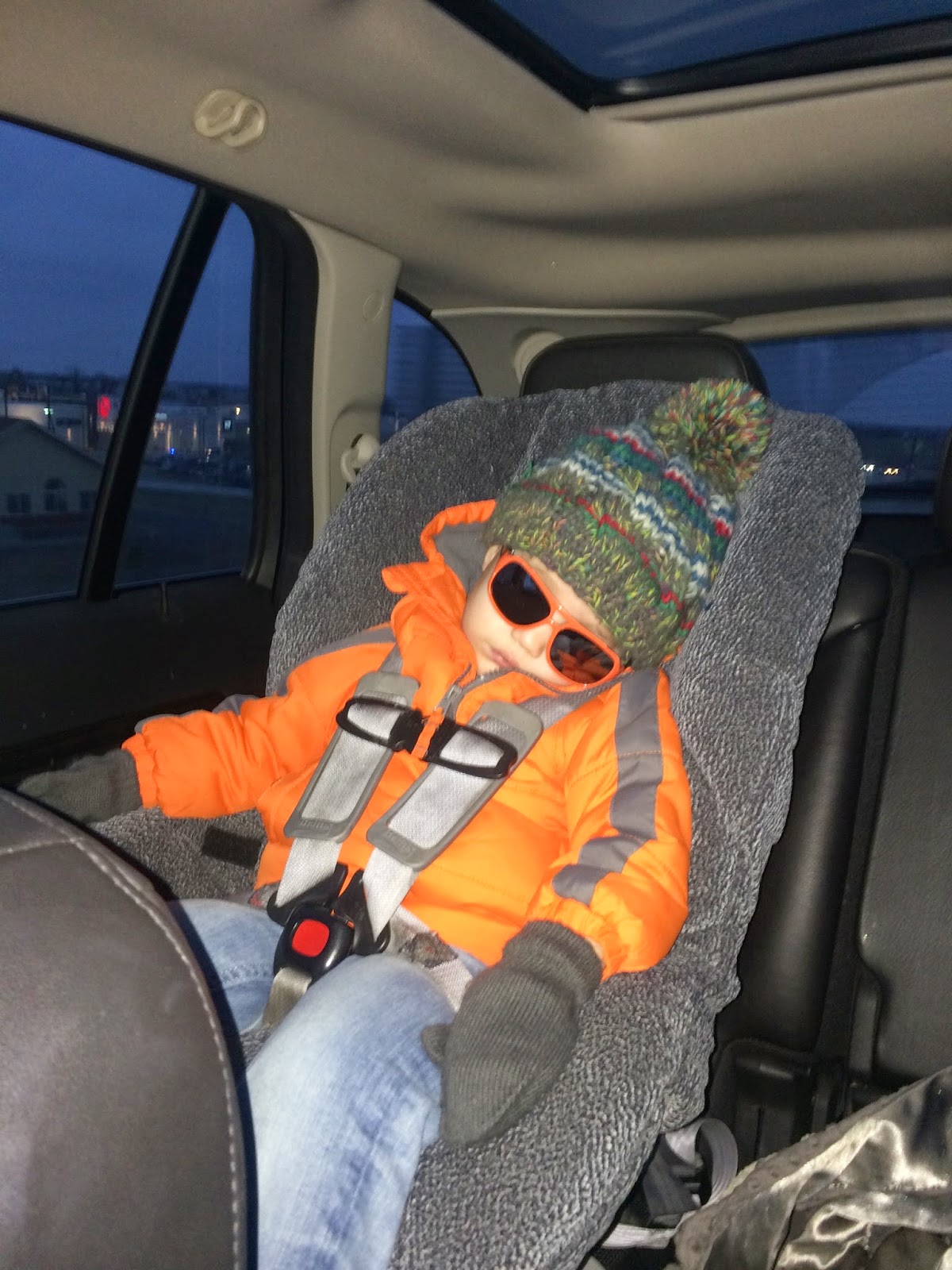 Posted by Kristen at 9:47 PM No comments: