Life has taken a turn in the "crazy" direction again and I can already tell that its going to take me a little time to adjust.  After spending a wonderful SIXTEEN weeks at home with my little Harry, this mama officially went back to work last week.  Its pretty part-time at this point, but does require me to be up and at 'em by 5AM so that I can drive to Omaha and get the little one to "daycare" before heading to work.  It isn't terrible, but definitely a change for the girl who was sometimes still in her jammies at noon!  While I already miss my time at home, it's nice to get back into the work routine and to start getting a paycheck again!

Starting in November Harry will be going to a daycare in my mom's neighborhood (and super close to the site of our future home), but until then he has been spending some quality time during the week with a couple of his grandmas!  It has definitely made going back to work a little easier knowing that he's with them.

On my first day back, H spent the afternoon with Grandma Debbie.  She sent me this picture to help me through.  It made my day to see that smiley little goof ball!  He looks pretty miserable without me, huh!? 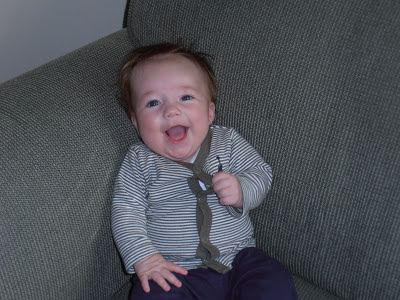 The next few days were spent with NamNam and LOTS of other visitors.  Harry is a pretty popular guy and seems to attract the masses! 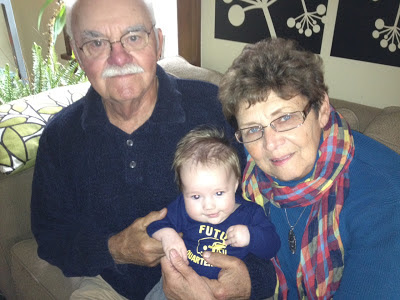 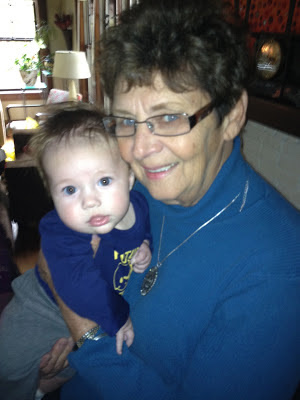 Kris and Mike - Kris was one of Charlotte's first babysitters! 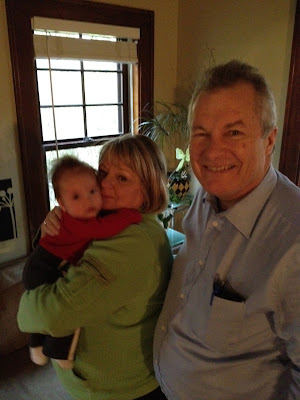 H and his buddy Molly 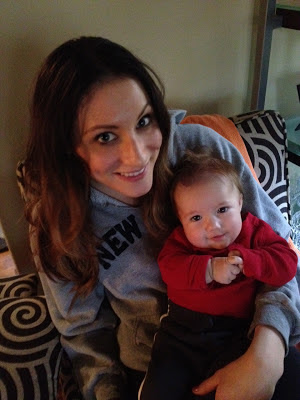 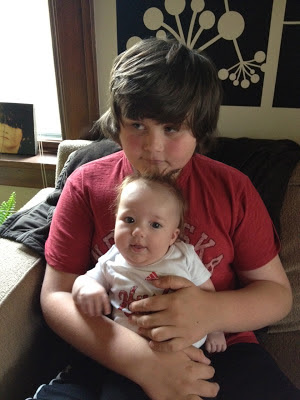 Look at those big eyes! 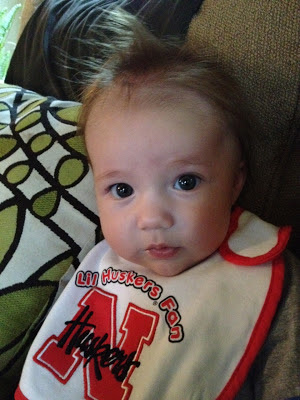 Proof that he does indeed nap at NamNam and PopPop's house.  Twenty minutes later I got a message that he was already up.  Stinker. 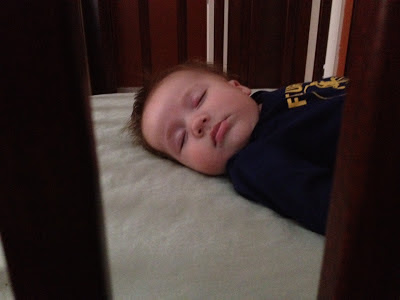 He even took a trip to Hobby Lobby (which he was apparently THRILLED about!) 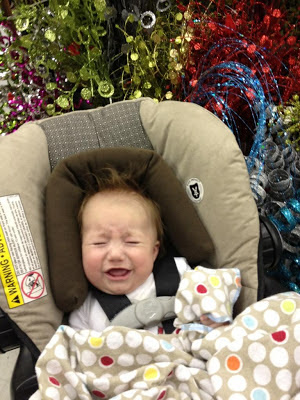 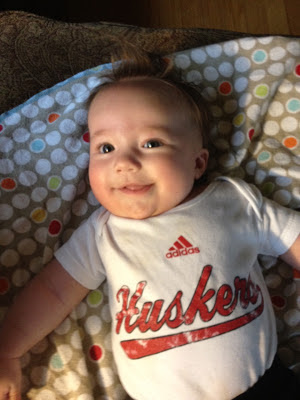 Harrison is SO happy that he is getting to spend time with (and be spoiled by) his grandmas.  He's even gotten to stay with his Grammy Vicki a few times on the weekends while Mom and Dad have some grown-up time!  Thanks to all three of you for helping us out and for loving on our little guy.  Grandmas are the best!
Posted by Kristen at 8:29 PM