Put On Your Walking Shoes!

I am super excited about todays post for SO many reasons...

1.  I love ALL Month of Chuck posts!
2.  It showcases another example of how word of Charley's Heart and Books for Charley has spread.
3.  It helps me honor the mission of another family who has experienced the unexpected loss of a child and to help bring attention to a cause that is very near and dear to their hearts.
4.  Its a great example of families supporting families...

About a week and a half ago I was introduced to a beautiful young woman named Cady. 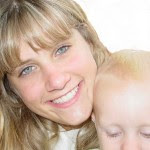 On May 30, 2007, Cady was driving a friend home from a movie when her car was struck by a distracted 16 year old driver as she entered an intersection. The conditions were clear, the other driver was not impaired by drugs or alcohol- it was simply a matter of a young driver not paying attention to the red traffic light or seeing the cars that were moving in their path...something called inattention blindness.  Cady’s brain was severely traumatized in the collision and she died just hours later.

In the months that followed Cady's death there were other crashes that were very similar; most involving young drivers, all resulting in at least one death and all seemingly highly preventable. It became clear to Cady's parents that the issue of driving while distracted was not being addressed strongly enough and that younger drivers were at higher risk (although all drivers are affected).  Distracted driving was also not being investigated as the cause of unexplained, serious crashes and there were no laws limiting cell phone use for all drivers.

In an attempt to shine some light on this subject, Cady's family started the  C.A.R. Alliance for Safer Teen Driving...C.A.R. being Cady's initials.  C.A.R. is an organization that specifically addresses distracted driving and appeals to all drivers to eliminate distractions as they drive for the sake of victims, like Cady, and for their own safety and well being too. Through the use of facts, the science of distractions and Cady’s own story as teaching tools they are raising awareness and the level of discussion around an epidemic that takes more teen lives each year than the next 3 leading categories of death combined (suicide, violence and disease).

Each year over Memorial Day weekend, C.A.R. holds Nebraska's ONLY annual event that supports distracted driving programs across Nebraska and western Iowa...a walk that not only celebrates their Cady, but also provides a means for them to educate others in hopes of preventing accidents like the one that took her from them.  Their annual walk will take place at Lake Zorinsky (Omaha) on Saturday, May 25th.  I encourage those of you in the area to get out and walk in support of this amazing organization!

So what does this have to do with Charley's Heart and "families supporting families??"  Well, I'm THRILLED to report that we have been invited to be a part of Cady's walk this year!  We will have a table set up on walk day and there will be boxes to collect new children's books, all which will be included in our 2013 Books for Charley donation!  Amazing, right?!  I'm honored and humbled to be a part of such a special day and for being given the opportunity to bring Cady and Charlotte's heart stories together.

Again, the walk is SATURDAY, MAY 25th at Lake Zorinsky.  Register HERE!

May 31st will mark 6 years since the Reynolds family lost their daughter, Cady and 2 years without our Charlotte.
Even if you decide not to walk, I ask that you hold each of our families close these next few weeks as we brave these heartbreaking anniversaries.